Tim here! If you’ve been following this blog in the past, you’ll know that my coach, Dan Plews (or ‘The Plews’ as I like to call him) is actually Dr Dan Plews, PhD. He’s a Performance Physiologist and high-performance coach based in New Zealand. As I’ve said before, The Plews is a numbers man and I’m starting to recognise the value that careful monitoring and analysis of session data can have in helping to develop a training program which ultimately can maximise my performance. Unlike my mate Reedy (Tim Reed) who measures, evaluates and tweaks pretty much everything, I’ve never paid too much attention to the stats… until now. 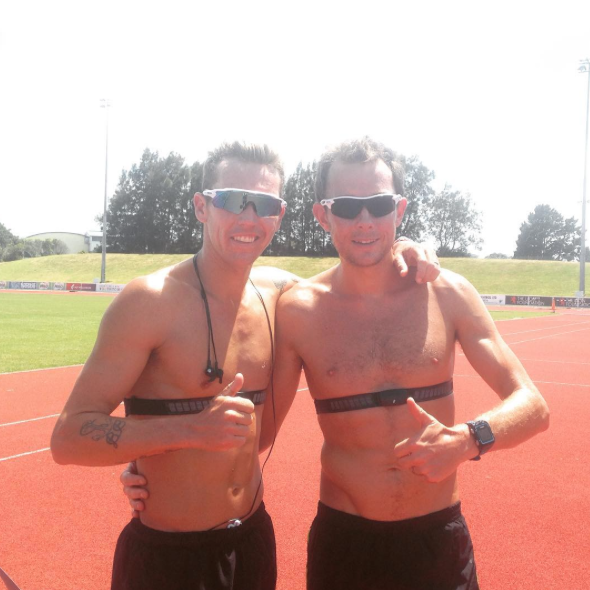 At the end of last year The Plews sent me into the Lab for some serious testing. I wouldn’t call being hooked up to machines and breathing into a plastic tube ‘fun’, but establishing some kind of performance baseline under controlled conditions is crucially important – being a ‘lab rat’ is the price you pay for getting hard data. Obviously, there’s some stuff that I can’t tell you, but I thought you might be interested to know what the testing involved, so I’ve asked Dr Dan to give you a rundown. If the nitty gritty of physiological testing isn’t your thing, stop now and go for a run or a ride, but if you’re interested in this stuff – read on!

Take it away Dan…

The aims of the lab tests

With Tim’s training we try to quantify what he does as objectively as possible. With Tim and I being apart a lot (I’m in NZ and he’s in Australia or Colorado or Asia or wherever) this is a very important aspect of what we do, as it’s simply not possible to see each other every day.

With the training that Tim does, we’ve spent a lot of time trying to get accurate, objective targets around what he needs to achieve in terms of swim, bike and run to get on the podium in Kona. This means knowing speeds and powers for each of his disciplines and the required heart rate (HR) and intensity associated with each one. Knowing Tim’s individual intensities and “thresholds” is really important to monitor his progress. For example, if Tim had a target of holding 220w for an IM, he could do that tomorrow. But the key is to get Tim to hold 220w at the correct intensity. So, establishing his individual training thresholds (the “aerobic” and “anaerobic” thresholds as they are commonly known) to monitor how hard he finds certain training sessions was the first aim of the testing.

The second aim of the testing was to assess Tim’s “substrate utilization”. In other words, how does Tim use fuel in terms of fats and carbohydrates (CHO) when exercising at various intensities? When we’re dealing with Ironman (an event that takes more than 8 hours), it’s obvious that the triathlete’s ability to burn fat at a high rate and spare CHO is very important. We call this being ‘metabolically flexible’ and in practical terms this means Tim’s burning fat at the highest possible rate and only dipping into his carbohydrate reserves when he really needs to. So in an ideal world, first Tim can burn fat at a high rate, and second, at IM intensity we want as much of his energy production coming from fat as possible.

So how did we do it?

Tim did two tests on two separate days for the bike and run in the exercise physiology lab. For the bike, Tim carried out what is known as a ‘step test’. Basically, this means starting off at a low intensity then increasing the power required every 5 minutes. Tim had to keep going until he could no longer turn the pedals at >80 rpm. The run was much the same, but carried out on the treadmill. Here the speed of the treadmill was increased every 5 minutes until Tim could no longer keep up with the speed of the belt. Both tests were maximal and according to Tim, “It tickled!” 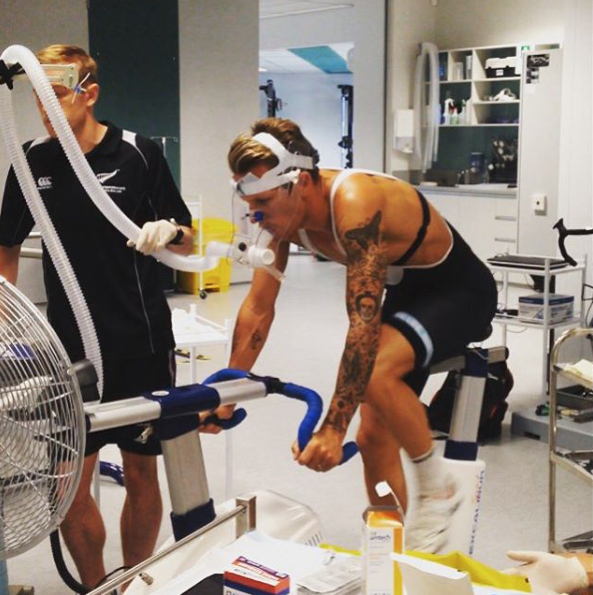 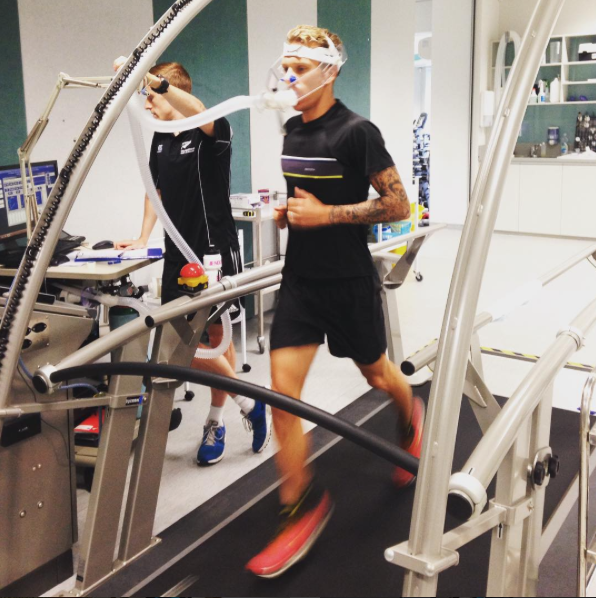 In order to assess aims 1 and 2, Tim was hooked up to a metabolic cart. This required Tim to have a snorkel-like device in his mouth and a clip over his nose in order to assess expired VO2 and VCO2. How we actually determine all of the above levels (i.e. thresholds, fat oxidation and carbohydrate oxidation) means getting into some in-depth physiology. But essentially we look at deflection points* as the intensity of exercise increases to establish Tim’s aerobic and anaerobic thresholds and use calculations based on the ratio between VO2 and VCO2 to examine his substrate utilisation. 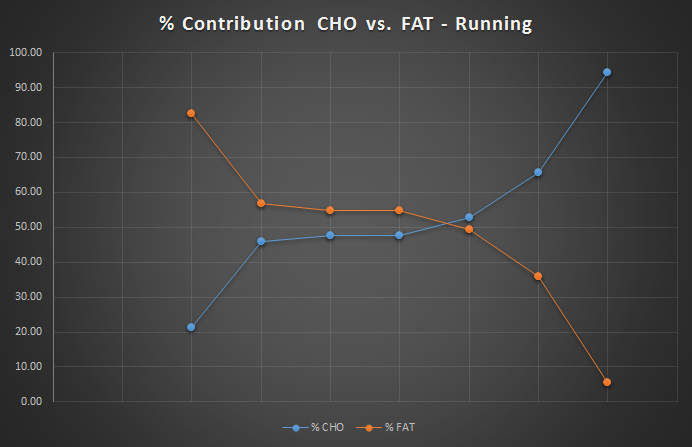 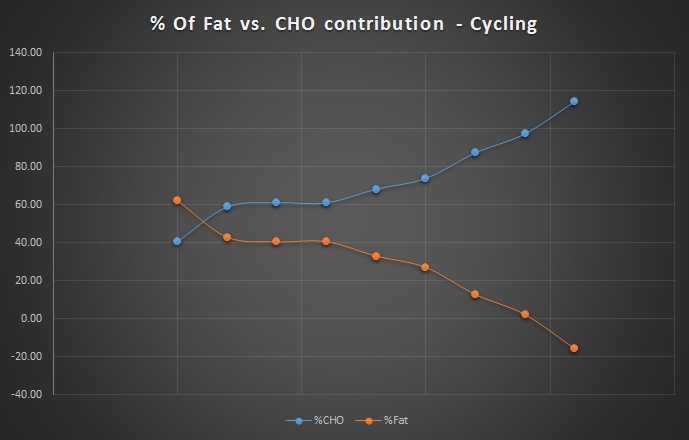 With the data gained from the testing we are now able to monitor Tim’s training as accurately as possible. It also gives us insight into some of Tim’s weaknesses and areas he needs to improve on in order to achieve his goals. Many of these interventions are already in place and they seem to be having a great effect. I can’t tell you any more without giving too many of Tim’s secrets away! These tests will become part of Tim’s yearly routine. We aim to do two sets a year, with the next one taking place around May before Tim heads up north to compete in IM Cairns. Hopefully by that time we will have seen some great improvements and Tim will be on track in pursuit of his Kona goal.
Cheers!
Dan (The Plews)

* A heart rate deflection point (HRDP) is defined as an upward or downward change from the generally linear heart rate to work relationship that occurs during incremental exercise testing. For example, an HRDP usually occurs around the anaerobic threshold.