This time the Island won

Apologies for this race report taking a while to get to you. As you probably guessed, I’ve needed a little bit of time to let the dust settle, return home to Australia and have a chance to get some perspective on what was a very disappointing outing for me at the World Championships in Kona. The short version is… the race didn’t go according to plan. As always, there are no excuses, just lessons learned. And this time around they were definitely learned the hard way.

I had a very busy week leading up to the World Champs – sponsor stuff with Giant, including launching the new bike, some work with Newton Running and of course some light training to keep the body moving. As far as that was concerned, it was a matter of doing a little bit of something every day. My prep in the week before the race was pretty similar to last year, just with heaps more commitments. Fortunately, I was able to bring a team to assist where needed and keep me grounded.

Overall though, that pre-race lead-up wasn’t as relaxed as last year. I thought it would be easier second time around, but actually I felt more pressure rather than less. I felt like I was in a good headspace, but the night before the race I slept really badly – something I haven’t done for a long time. That probably gave a better indication of where my head was at. 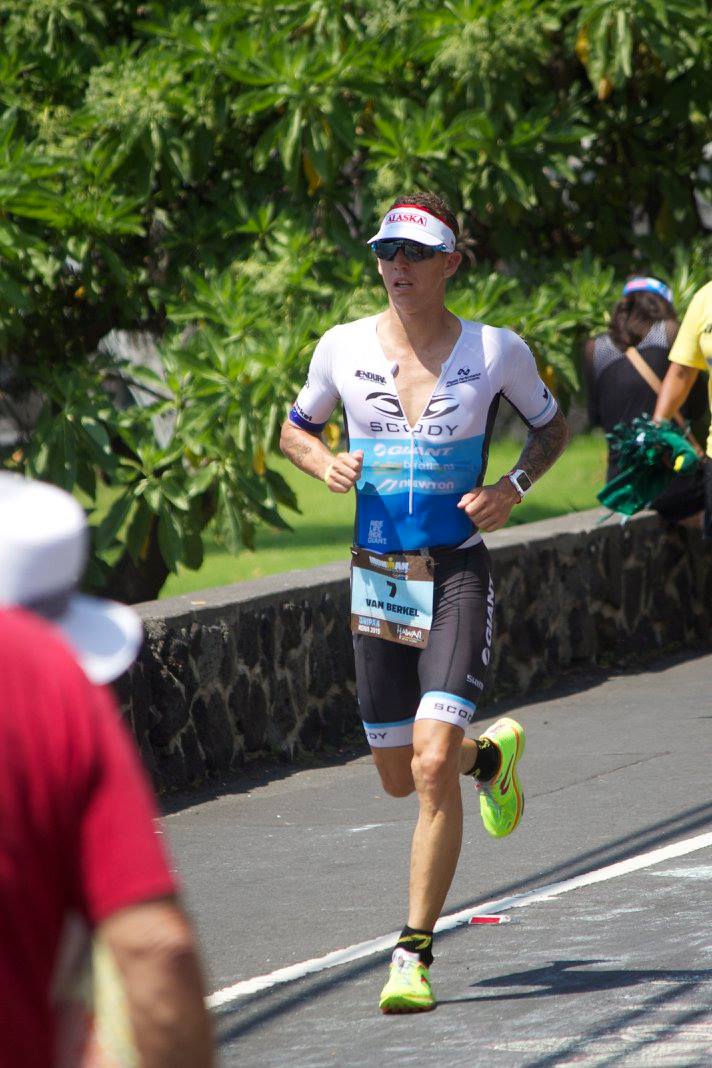 It’s funny, race morning is a bit of a blur. Your alarm goes off, you get up, have breakfast, get your stuff together, warm up and next minute you’re in that warm Hawaiian water. The cannon goes off and you’re racing. I’m not going to go into too much detail, but I had a great swim. I stayed with the front group, did much better than last year and actually felt pretty comfy in the water. That’s a big shift from Kona 2014.

I got out of the water and onto the bike and the pace was on right from the start. The speed got quicker and quicker as the group got smaller and smaller. I knew it was going to be like that with Jan (Frodeno) and Kienle (Sebastian Kienle) in the group. I thought, I’m going to stay with this group as long as possible, because this is going to be where the winner comes from.

As it turned out, I stayed with them for 140km. When I got dropped, there were 12 of us. At that point my back and hip were caning and I couldn’t keep pushing the power. I lost 8 minutes in 40 km and I knew that my chances for a podium or top 5 finish were gone. At that stage I still thought I might still be able to sneak into the top 10.

But, as soon as I started the run I knew I was in trouble and there was nothing I could do about it. I wasn’t right in the stomach and I was all over the place. That was game over for me. Except, I still had 40km to run.

Keeping on keeping on

Someone asked me the other day why I decided to finish the race. Given the challenges, why didn’t I just cruise into T2 and call it a day. The short answer is, because I think it’s a big deal. This was the race I had been working towards all year… I had to finish it. And I reckon if you start to DNF at Kona you can get into a bad habit. 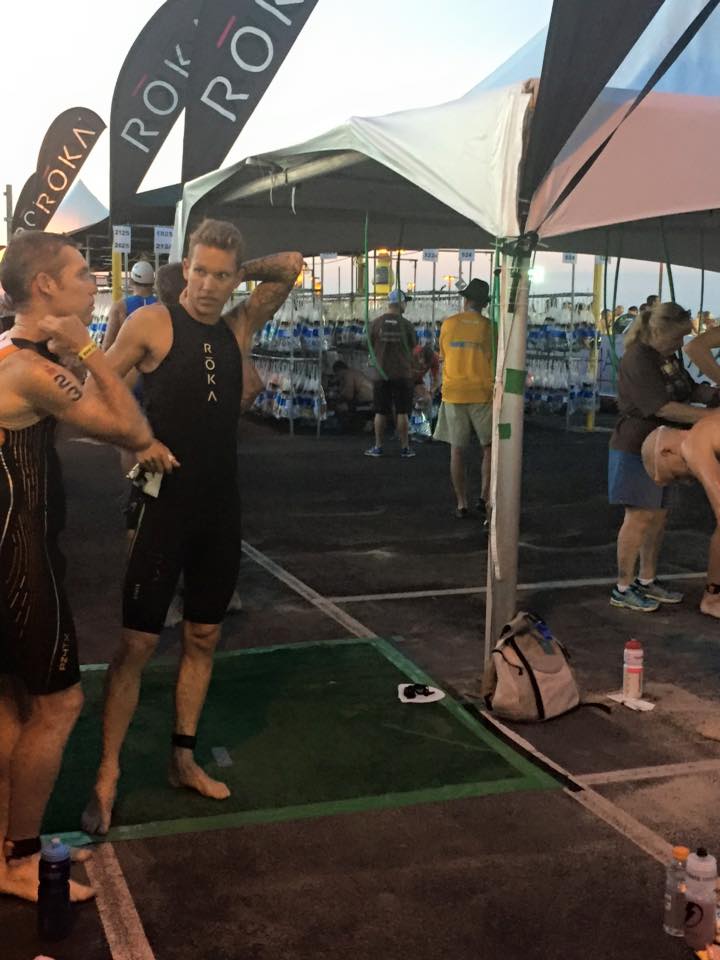 I thought about it as I was finishing the run – it’s happened to all the greats, Macca, Jacobs, Raelert. They’ve all had slower, crappy races before they’ve cracked it at Kona. I reckon it’s part of your apprenticeship for the world’s toughest race. Everyone has gone there and had good days and everyone (apart from Crowie!) has gone there and had bad days. It was the hottest day in 9 years, the conditions were brutal and pros were dropping out all over the place. That’s not an excuse for a poor result though, it’s just the way it was.

So why finish? For me, it’s a mental thing. I’m not doing it for anyone else – it’s not about other people’s expectations of me. It’s about my expectations of myself. On that mental checklist I want to be able to say… well, I still haven’t DNFed at Kona.

On the plus side I learned some valuable lessons from Kona 2015. Here’s a quick rundown:

Whether you’re finishing on the podium or just gritting your teeth to get over the finish line, having a good team around you is crucially important. Special thanks to Dan (coach), Kriss (strength and conditioning) and Shawn (manager) for everything you do for me and being in my corner when the pressure is on. 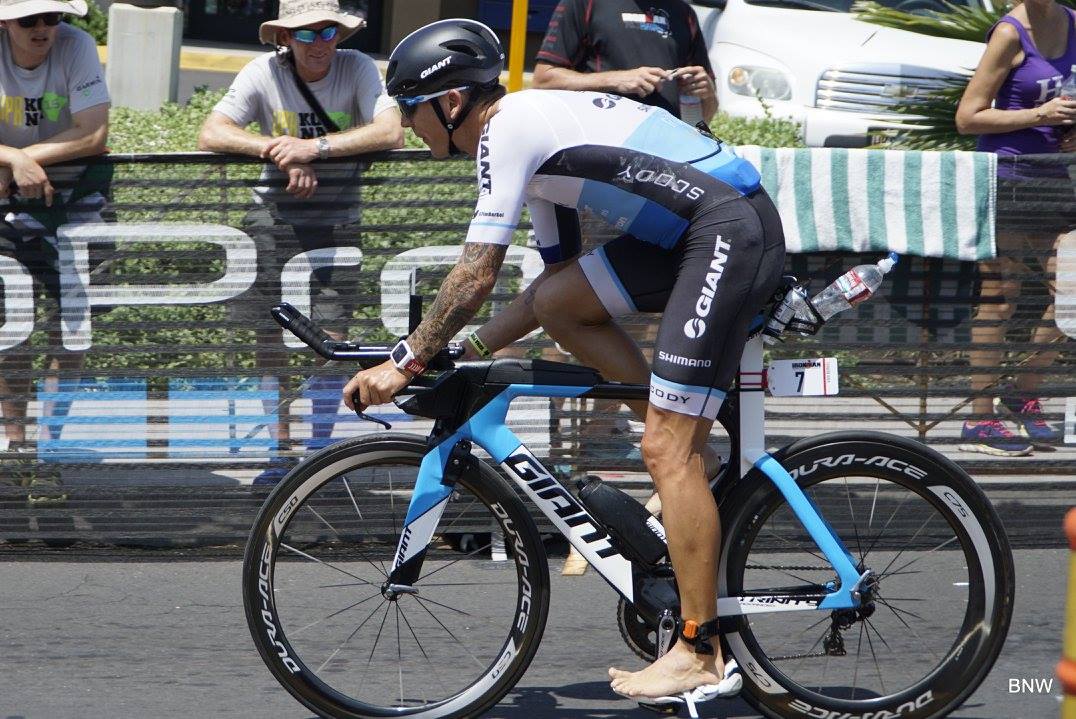 Full credit to Jan, Andreas and Tim for getting onto the podium – you guys ran a great race, you beat the best and you deserve the accolades.

I said before the World Championships that the thing about Kona is that you’re not just competing against the best triathletes in the world, you’re pitting yourself and your skills against the Island itself. And she can be a tough opponent.

This year, I set off to conquer Kona. As it turned out, this time the Island won. But I’ll be back next year – stronger, wiser and better prepared – to do it all again.