A mixed bag in West Sydney and Lake Taupo

‘Twas the week before Christmas… and definitely time for a race report or two! I’d love to say that Santa brought me everything I wanted, but to be honest, it was a bit of a mixed bag. Here’s the rundown on what’s been happening…

It’s Friday November 27th and I’m down in Sydney getting ready to race. But before I do that, there’s something important to do – pick up the new bike! It’s Giant’s all new 2016 Trinity Advanced Pro 0 and it’s a sleek, sexy beast of a machine. It had the mechanics at Giant Sydney drooling while they set it up… and it’s all mine! Thanks Giant for continuing to push the envelope when it comes to creating awesome bikes – this one is a beauty.

A cloudy day in the Blue Mountains

Sunday November 28th – race day in West Sydney. They always make us welcome in Sydney and this time round was no exception. Enjoyed the Pro Panel on the Saturday and was raring to go on the Sunday. My aim – a top five finish. You may be thinking, “Surely you’d want to win?” Of course, I love to win, but at the end of a big year I also wanted to be realistic about the race and where I was up to mentally and physically. I knew there were plenty of other guys who were fresher and in a much better place. As it turned out though, I achieved my goal.

I had a good swim and came out of the water just over a minute behind the leaders. Onto the bike and the boys really put the pedal down hard early. I led the chase group, going through the 45km mark in 1:32:02 (avg. 42 kmh) but Casey Munro and Jake Montgomery were proving to be a little slippery and hard to catch. My full bike data is over on Strava.

I finished up with a 2.07:08 bike leg and headed out onto the run in third place. There was plenty of movement through the run and I ended up coming in behind Mainwaring, Montgomery and Kastelein. Congratulations to the boys on a good effort. I crossed the line in 3.51:36, tired but happy. 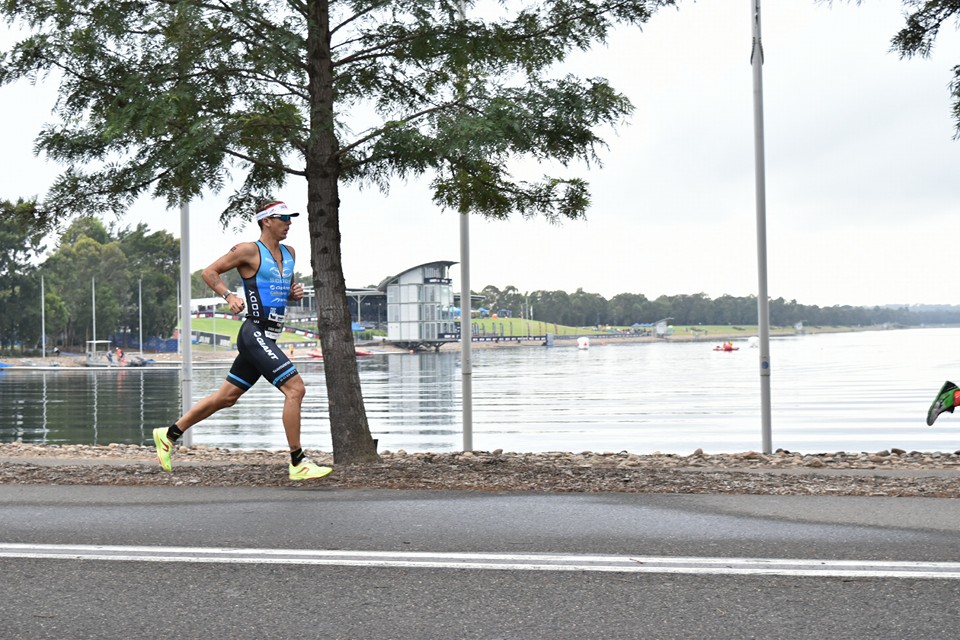 A problem with Kiwis and bars

Two weeks later and I found myself in New Zealand. I’d been looking forward to heading across the Tasman in December. The main aim was to spend some time with my coach, Dan Plews, plan for next year, do some testing and get ready for 2016 training. That coincided with 70.3 Taupo, which is always a good race, so I thought I’d have a crack at it – one final race for 2015. Once again, my aim was to get top 5. If I did that I’d be more than happy, although I wouldn’t have minded a cheeky win either!

When I arrived, there was a bit of media hype about the internationals, Meredith Kessler and I, coming to take on the Kiwis. As it turned out, they were half right. Meredith had a great race and blitzed the field… me, not so much!

After an okay swim I jumped on the bike ready to give it a good go and then early in the leg my aerobar broke. These things happen sometimes under the stress of competition, but it’s a bugger when they do. I’m thankful I didn’t end up in the dirt on the side of the highway, but that was the end of the road for me, and a disappointing way to finish my year of racing. The Kiwis made a clean sweep of the men’s pro race. It just goes to prove what they say – always look out for Kiwis and bars…

Racing is finished for the year and 2015 is almost over. Stay tuned for my ‘A Year in Review’ wrap-up. In the meantime, I hope you have an awesome Christmas and Santa brings you everything you want.

All the best to you and yours from me and mine. Cheers!