One minute I’m at Nelson Mandela Bay in South Africa contesting the IM African Championship and the next I’m in the beautiful city of Danang, Vietnam competing in the inaugural VNG Ironman 70.3 Vietnam. Welcome to the life of a professional triathlete… and good morning Vietnam!

Before the race
And as it turned out, it was a good morning for me in Danang. But before I get to the race report, let me give you a little background…

Danang is an amazing venue – it’s a must-see destination for tourists from all over the world, which is not surprising given its beautiful white-sand beaches, cultural attractions and fancy resorts. Oh… and the food is awesome! Pre-race, I spent some time hanging out with the crew from Alaska Milk and the guys from Sunrise events – together they’re a fantastic bunch of people – I’m proud to be associated with them! We did a photo-shoot and then it was time for Meet the Pros. All good fun. But as always, the real focus was on the race.

A truly international field
It’s easy to forget sometimes how triathlon brings people together. Just to give you some perspective – there were almost 1000 athletes competing at Vietnam 70.3 from 54 different countries. It doesn’t get much more international than that!

The race itself was pretty straightforward. Here’s the short version…

I swam with the front group and was 5th or 6th out of the water. Got onto the bike and Luke McKenzie took off like a wild man. It seriously looked like he’d installed NOS on his bike – he was hooking! For me, all I could do was settle in and ride as hard as I could. It was a warm day and I knew I was still a bit fatigued from South Africa, so it didn’t feel like I was pushing any power. I guess the numbers say otherwise though. But that’s the thing – if you race on how stuff ‘feels’ it can be quite misleading. That’s why I always wear my heart rate monitor (always Dan… always!) and keep an eye on all the numbers to check I’m where I need to be. 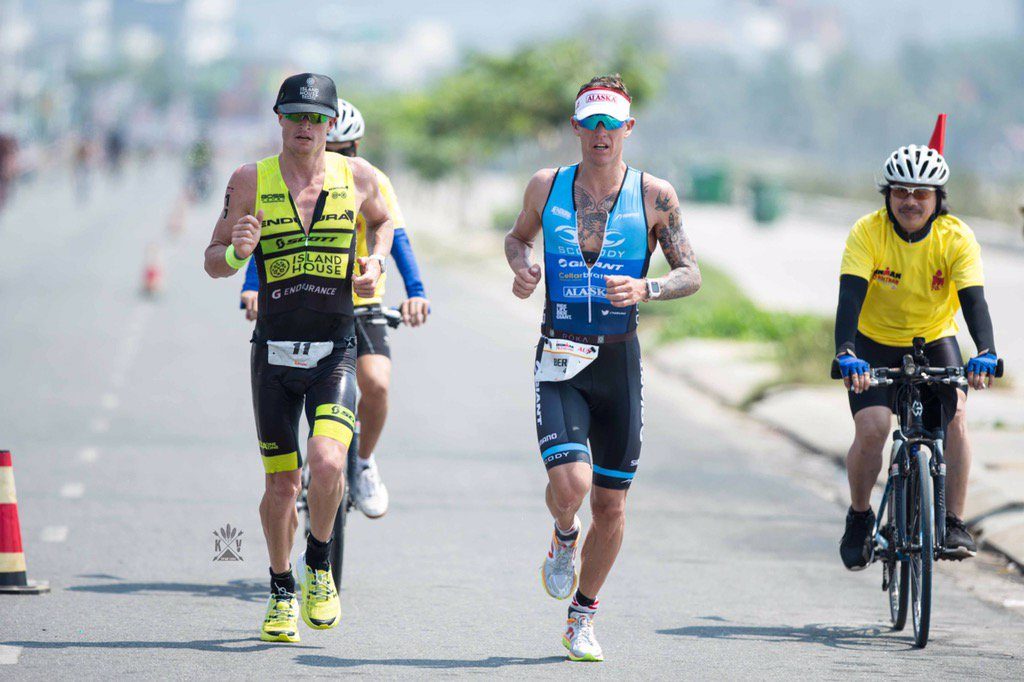 The eventual winner of the event, Frenchman Cyril Viennot, blew past on the bike – he had a superfast bike leg, which set him up for the run.

Bringing it on home
I got off the bike in 3rd place with Reedy (Tim Reed) and Matt Franklin. I knew Reedy was hurting and to be honest, I felt the same. But I settled in and got into my groove at about 5km and just started pegging Cyril and Luke back, taking off about 10 seconds a kilometre. I passed Luke at about 12km and although I kept winding in Cyril, that was how things finished at the end. Cyril finished in 03:54:09 and I came in 59 seconds later. Then it was 4 minutes back to Luke McKenzie and another 8 to Reedy.

Going to my happy place
As I write this, I’m packing for Boulder, Colorado. I’ll be there for a month-long training block in preparation for Ironman Cairns. I love it in Boulder – the mountains, the altitude, the people and the mindset that all produces in me. Bring it on, I say.