Back in the Rocky Mountains

I’ve been spending the past couple weeks in Boulder, Colorado, bouncing between resting and getting ready for the Ironman North American Championship in Texas. That’s this Saturday. It’s one of the main races I’m targeting this year.

Hawaii’s the big one. It’s all about the Ironman World Championship in Kona this year, however, right now I’m focusing on the podium in Texas this weekend. I’m definitely not going there to blow it. If Texas goes well, I might be willing to miss Ironman Cairns in Australia and focus on building up for Hawaii.

Training here in Boulder has always been great for me – I’m really dialled in here. Boulder’s on the edge of the Rocky Mountain foothills, where the plains end, so the mountains are nearby. There are great places to ride, run, and swim. It seems like I get a lot of benefits from the altitude.

Training has been sporadic the past couple of weeks, but I got some solid work done – some solid blocks and long rides. It’s a mixture of training and rest. I put in a little over 20 hours last week. Nothing too intense. The day normally starts with changing nappies and feeding Hendrix, my baby. Then comes some training.

2018 is All About Slowly Building Up Toward Kona

In general, this year hasn’t been very intense either. I’ve been keeping up a little bit of physical intensity and taking rests when needed.

After December’s Ironman Western Australia, I rested for a while. After taking two solid weeks off, I did some casual swims and rides for the rest of December.

Structured training began in early January. I put in 20 – 25 hours per week leading up to the big Husky Festival in Huskisson, New South Wales. That was in February, and it was the first race of the year. That was just a training race, with no real goal other than to keep the body moving.

The big challenge before Husky was a cough. It just kept getting worse and worse as the race approached. Luckily, there was no pressure with that race. After some rest, the cough got a little better. I decided to make the trip, and at least do a meet and greet with Shimano, a sponsor.

The coughing continued during training, the day before the race. I was still coughing during the race. Instead of making it worse, and finishing the race, I just pulled the pin early. The second half of February, just after Huskisson, was rest and antibiotics.

Two Medals in the Philippines & Taiwan

Even with some setbacks, the slow build up served me well for the double in Taiwan and Davao, Philippines. They were Ironman 70.3’s on the 18th and 25th of March. Some sponsors, Giant being one of them, wanted me to do those, and I made the podium in both. 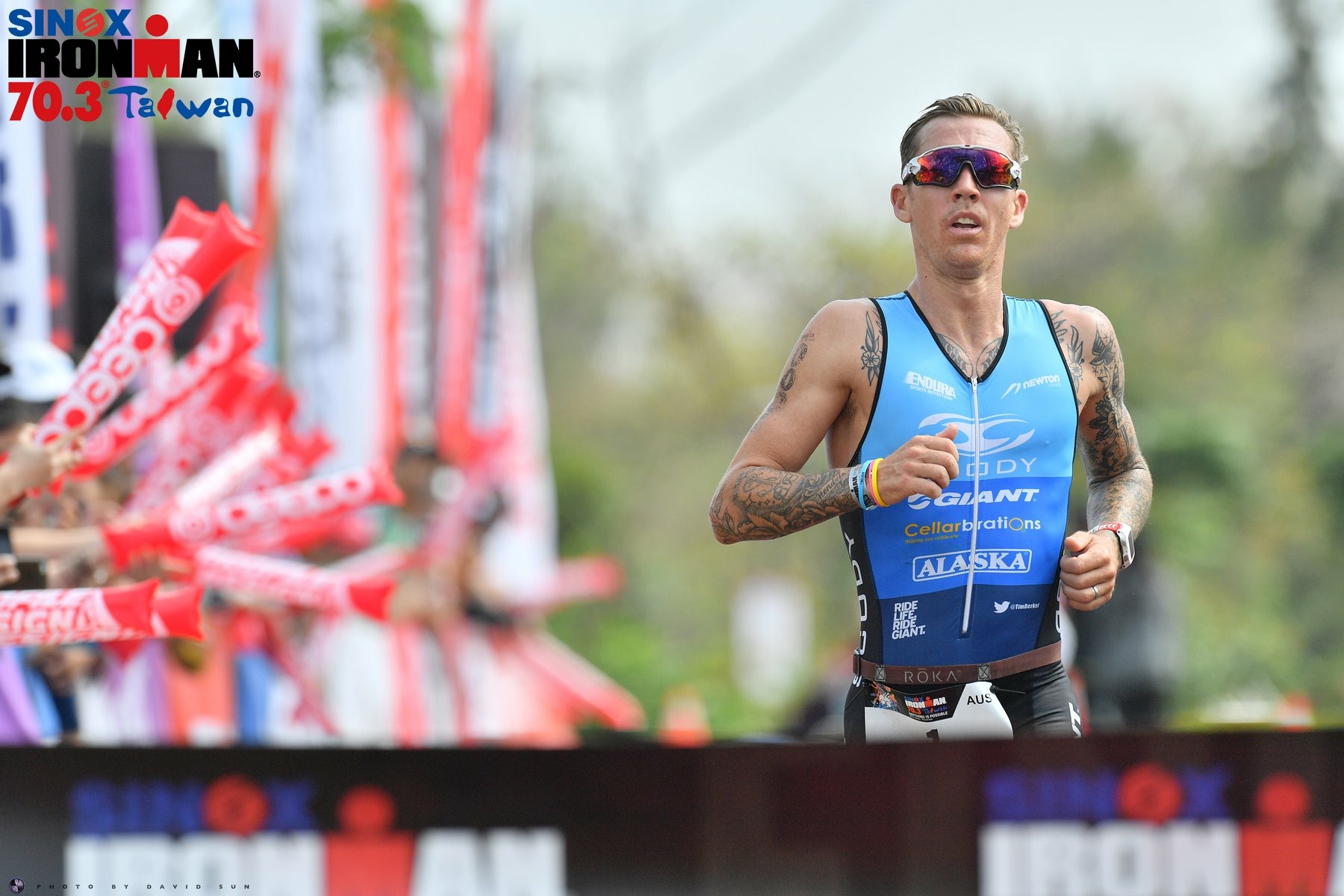 My power metre didn’t work in Davao, but I knew during the bike leg that I’d do well. It was time to go for it, go for the win. The legs were working much better than in Taiwan a week earlier. My best mate, Tim Reed, and I led the run after passing Kyle Buckingham from South Africa. Then came the Mexican guy in the second half, Mauricio Mendez. He took the win, but I was very happy with 3rd place. 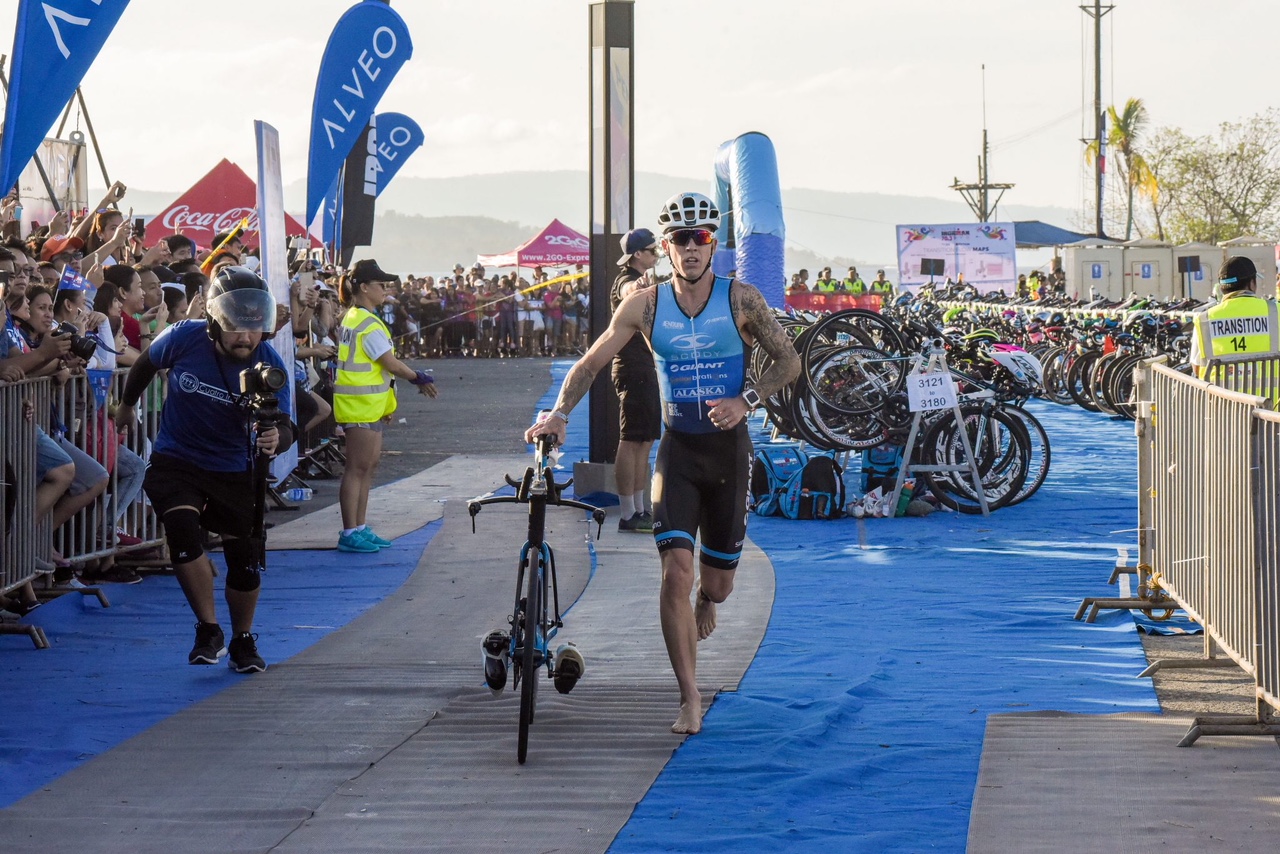 Those two races weren’t the biggest priority of the year, but I still wanted to do well in those. They were also good for training. I like to do a lot of racing instead of just doing long training blocks, mixing it up a bit. It seems to work better that way.

The Asia trip was fun in a few ways. I did a Q and A at one of Giant’s concept stores. There were 30 or 40 people asking questions and snapping photos. Giant later gave me a tour of a manufacturing plant and their Taiwan headquarters. I was able to learn how our bikes are made. 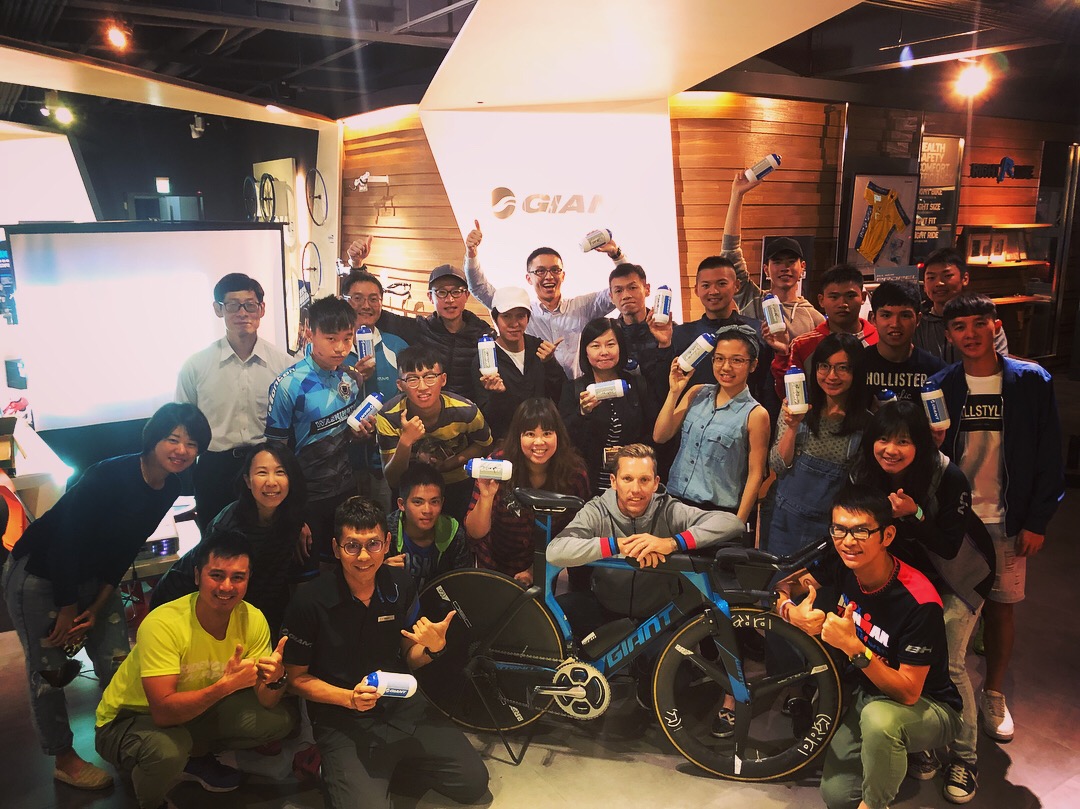 I saw where they weighed the carbon, where they put it in the mould, and where they painted them, assembled them, and put the stickers on them. The whole process.

The Momentum Continues This Weekend

I’ll be heading from Colorado to Texas on Wednesday, and then back to Colorado on Sunday. I’ll probably see some of you there, and some of you in Kona this October. In between the two, I’ll be building the momentum toward Kona on most days, after my son’s breakfast.